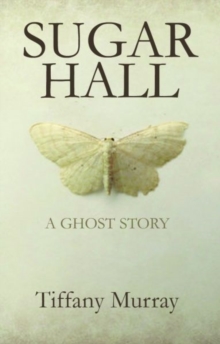 Tiffany Murray's Sugar Hall begins with the recently widowed Lilia Sugar and her two children, Saskia and Dieter, moving from their London flat, a post-war new build, to the ancient country mansion Dieter has inherited from his father's estranged family. The house is in poor repair and German-born Lilia feels horribly unequipped to play lady of the manor, while Dieter and Saskia, Londoners are heart, are lonely and out of place. But is that the only reason they feel so uncomfortable at Sugar Hall? And why is Dieter the only surviving heir?

Sugar Hall is a ghost story that edges from shiver-inducing eeriness into out-and-out horror at times; the ghost in question becomes an increasingly powerful, vengeful force. However, there are other, less literal 'ghosts' in this book. Lilia is haunted by memories of her past in 1930s Germany and the family she left behind, and her daughter Saskia, born when Lilia was a teenage refugee, is a constant reminder of the Nazi stormtroopers' brutalities.

This book is certainly strong on atmosphere, and the period details throughout are perfectly chosen and described, but it's also strong on character. A vivid cast of supporting players lend the story multiple points of view, in addition to those of the Sugar family themselves. Some (such as neighbour Juniper) more sympathetic than others (the local vicar) but all feel three-dimensional and believable. Moreover, Sugar Hall as a house is almost a character in its own right. Built on the proceeds of unimaginable cruelty in the days of the slavery, it's an oppressive and claustrophobic presence throughout the novel, ghosts or no ghosts.

More of a slow build than a rollercoaster ride, this is a genuinely creepy yet sensitively written book. What it doesn't really do is answer every question it raises, so if you're the sort of person who likes every loose end to be neatly tied up and every mystery to be fully explained, you might find the last chapter or two unsatisfactory, but I enjoyed Sugar Hall a great deal and found it to be a fascinating and surprisingly thought-provoking ghost story.