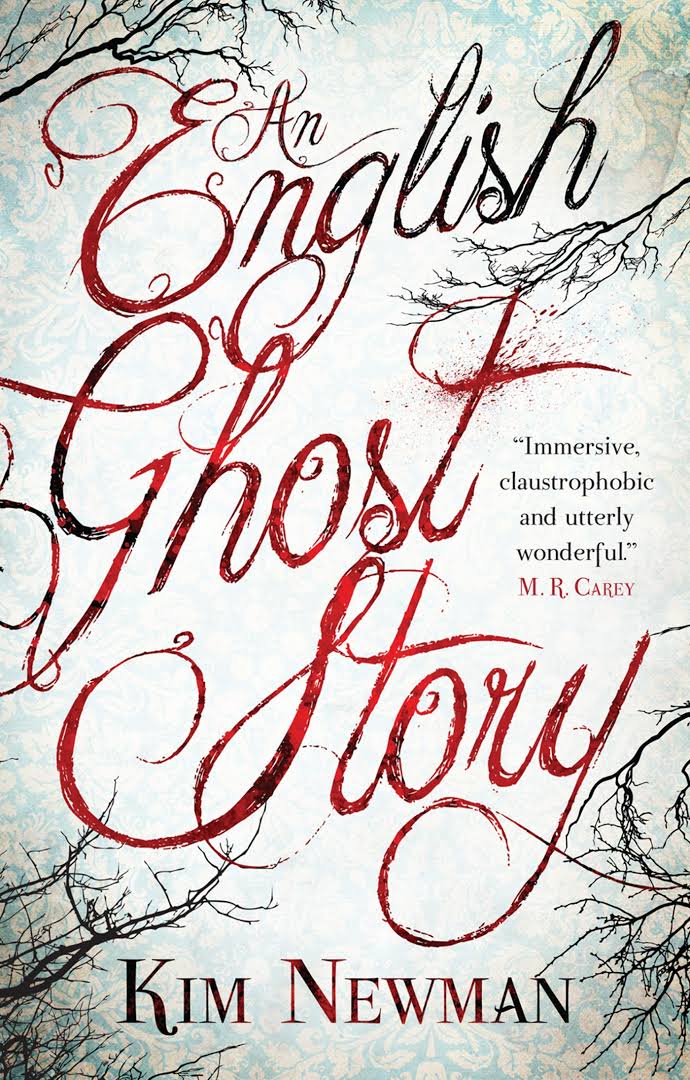 Kim Newman is well-known among horror fans as a leading expert on the genre. His own Anno Dracula series, packed with adventure and teeming with horror allusions, references and in-jokes, is tremendous fun.

An English Ghost Story is a different sort of novel, although I think there are still some references that horror fans will notice. It begins with what at first seems to be a typical nuclear family, the Naremores, househunting in the West Country. Mum Kirsty, dad Steven, teenage daughter Jordan and younger son Tim are captivated by The Hollow, a rambling historic property once owned by a famous children's author, Louise Magellan Teasle. Upon moving in, they soon notice some odd things happening, but the house's magic is enchanting and the family seem to be thriving like never before - until gradually the strangeness starts to escalate and the Naremores start to feel uneasy. At the same time, we start to learn more about the Naremores' family dynamic. Are they really the solid family unit they appear? Or do they have something to hide?

Although there is a minor twist to this story when it comes to the explanation for the Hollow's gradual stepping up of its malevolence, this is a fairly straightforward family haunting horror story that's somewhat cinematic - think Amityville, Poltergeist, The Conjuring and so on. It clearly draws from a lot that's gone before it, but that's not a criticism at all; as a horror fan I found it one of the most pleasing things about the book. I also found the supernatural goings-on suitably creepy and the gradual changes in the family's behaviour quite nightmarish at times.

However, I also found the plot and characters weak. It's a necessity of the story that the family are flawed individuals, and that's fine, but unlikeable characters do need to be interesting if we're to enjoy spending a few hundred pages in their company and I don't think the Naremores deliver. The plot itself is also pretty thin and feels like a vehicle for the set-piece horror scenes rather than a fully-fledged story. There's also the constant hinting at a sub-plot involving a figure from the family's past which seems promising but simply fizzles out - a pity, as it could have been potentially more interesting than some of the main events.

This was a book that I wanted to like much more than I did. The horror itself is entertaining, but elsewhere I found it lacking.
Email Post
Labels: an english ghost story book review family drama ghost story haunted house horror kim newman supernatural