A Song for Issy Bradley by Carys Bray 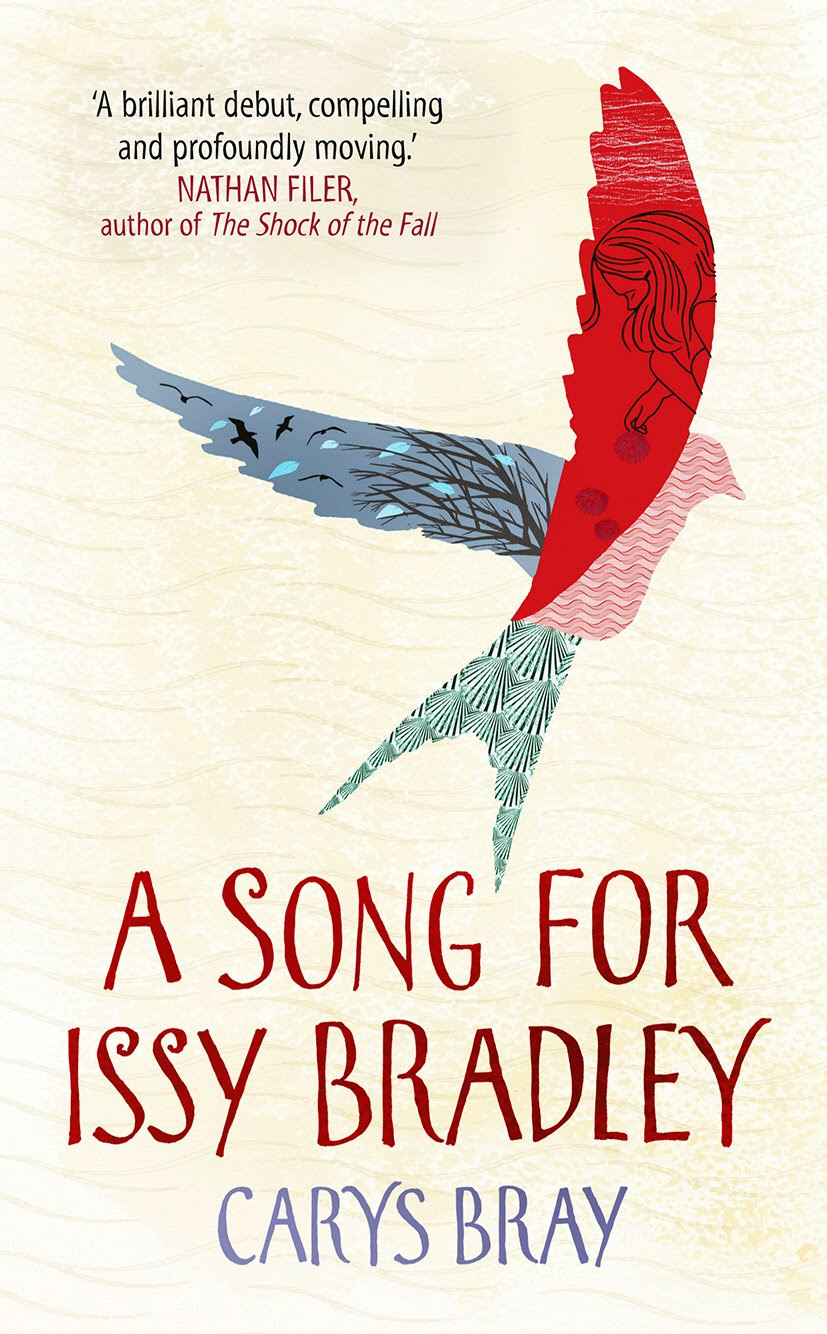 After the sudden death of four-year-old Issy at the start of the novel, we watch the family's attempts to cope with not only with the natural sense of grief and loss that follows, but also with the constant conflict between leading an 'obedient' Mormon lifestyle in modern Britain.

Ian, whose role as Bishop sees him constantly called upon by church members to provide not only spiritual guidance but also day to day favours and errands, is the most confident in his faith, but finds that the church's teachings are offering few solutions to his wife's crippling depression in the wake of Issy's death. Claire herself converted to Mormonism in order to marry Ian in the first place, and even before losing her child, has been increasingly stifled by the religion's constraints.

Meanwhile, sixteen-year-old Zippy is fast realising that her options, as a woman, are severely limited by her family's faith, and her brother Al is full of anger and bitterness at having his dreams of a professional football career, incompatible with the Mormon church's values, snatched away from him. Finally, seven-year-old Jacob wholeheartedly believes not only in Father Christmas but in the power of prayer and the hope of resurrection - so much so that he clings to a conviction that his sister, like Lazarus, can be raised from the dead.

Each character has a distinctive and believable voice; I found every member of the Bradley family wholly convincing, complete with faults and weaknesses. Some may be easier than others with whom to identify, but there are sympathetic elements to them all; there are no heroes and villains here, only realistic, floundering individuals coping with a situation that nobody, of any faith or none, is ever really equipped to deal with.

If, like me, you start the novel knowing very little about the Mormon religion, it's impossible not to be fascinated by Carys Bray's intricately drawn portrait of life as a member of the Church of Jesus Christ of Latter-day Saints. Bray, a former Mormon herself who left the church in her 30s after having five children (including a daughter who died shortly after birth) by the age of 27, is both scathing and affectionate about the workings and teachings of the church, but also deeply understanding of it and the motives of its members - Ian, for example, however misguided in his attempts to rally his family after Issy's death, is presented as ultimately having what he honestly believes are their best interests at heart. The inherent sexism, even misogyny, of Mormonism is revealed in unflinching detail as girls are groomed for early marriage and told that their bodies are a dangerous temptation to hapless men, and yet there is plenty of fun too: kindness, good humour and a genuine sense of community.

Despite being a book about a grieving family, it's important to point out that A Song For Issy Bradley is often very funny - observant, witty and warm-hearted. There are certainly chapters that are hard to read, particularly those from the point of view of Claire at her lowest ebb, but ultimately it's a hopeful and surprisingly uplifting read. The Bradley family may be struggling in isolation, each with his or her own unique struggle to overcome both in grieving for Issy and trying to reconcile personal disillusionment with religious faith, but when they do manage to come together, imperfect and confused though they are, they are a force to be reckoned with.

A Song For Issy Bradley, which has received a well-deserved Costa Book Awards nomination in the First Novel category, is beautifully written throughout, with every observation pitch-perfect and, where necessary (such as in the chapters where Claire goes to the beach in the wake of Issy's death) a clearly evoked sense of atmosphere and place. These may be clichéd observation for a reviewer to make, but I did laugh, I did cry, and I couldn't put the book down.
Email Post
Labels: a song for issy bradley alma book book review carys bray Claire costa book award everything i never told you families family family drama grief humour ian issy Jacob lds Mormon religion zippy